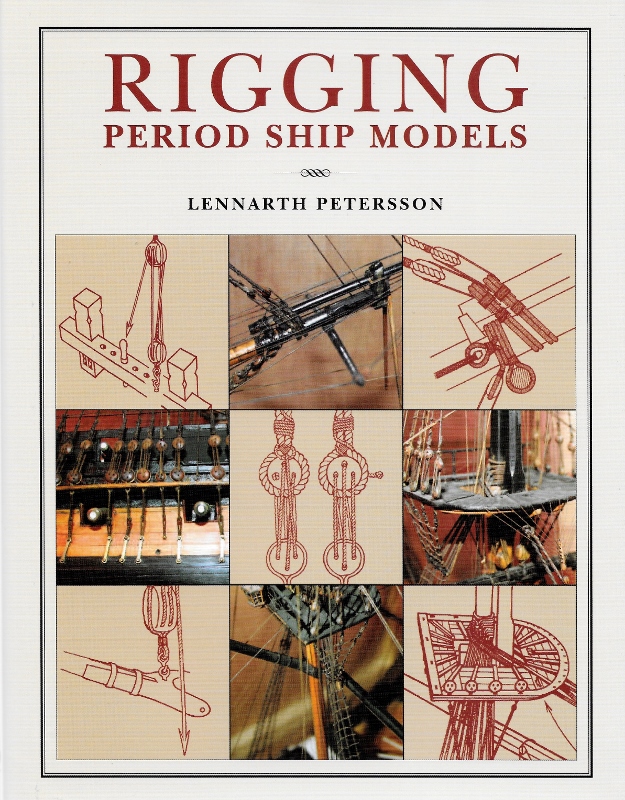 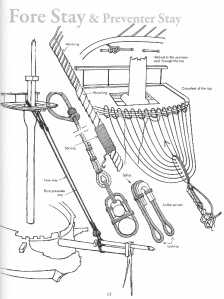 Rigging Period Ship Models is a hardcover, 119-page illustrated compilation showing, with intricate detail, the complexity of rigging by using a period model of the British frigate Melampus as a baseline to show the rigging. After extensive research, Mr. Petersson chose the Melampus 36-gun frigate model to gather information for this book due to its accuracy. His premise to writing this book was to collectively bring as much information about traditional style square rigging into one book to serve as a referencing benefit to modelers. 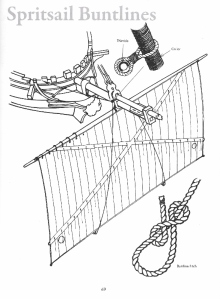 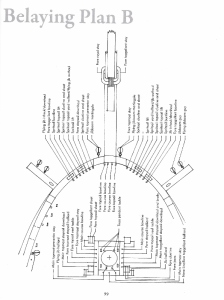 Front to back, this book is filled with detailed illustrations showing all of the rigging components used on a British frigate similar to the Melampus. These drawing are presented in both 2D line drawings as well as in isometric formatting. Throughout the book, a close-up profile illustration of each type of rigging used on the ship is provided along with inset drawing of the rigging’s location on the ship. Each of these beautifully detailed line drawings are labeled to allow the reader to know names of each of the components used.

It is sufficed to say, a picture is worth a thousand words. Lennarth Petersson presents a beautifully complete illustrated manuscript detailing of the entire rigging layout for what was seen on a British Frigates of the 18th and 19th centuries in his book, Rigging Period Ship Models. He shows us fifty-four of the major components that make up a complete rig to these ships, presenting it in an incredibly easy to understand format. This book is an amazing reference for any modeler regardless of skill level. Mr. Petersson set out to create a guide for model shipwrights which focuses solely on the rigging of these ships after realizing there was specific guides in print that show all aspects to how these ships were rigged; he did exactly what he set out to do! This is definitely a must-have for any modeler looking for information which illustrates period ship model rigging.

This site uses Akismet to reduce spam. Learn how your comment data is processed.